Many of the items included in our digitisation project, Architecture and Place, were leases for the property on which Conway Hall was built. They span several centuries and the oldest dates back to 1685. There are many interesting aspects of these documents and two of these are explored below.

Nowadays when we rent a property it will include an amount of money that we are required to pay weekly, fortnightly or monthly, to be resident there. This amount is to be paid regularly during the duration of the rental period and is likely, subject to being changed on the owner’s side, the same.

This was not always the case however. For several of the leases we hold the payments might be required on the quarter days, Lady Day (25th March), Midsummer Day (24th June, Michaelmas Day (29th September) and Christmas Day (25th December) or perhaps yearly, such as at Michaelmas. 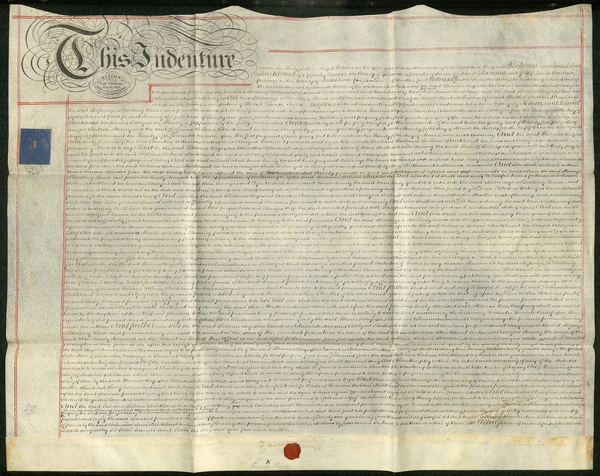 Example of a lease where a peppercorn rent was charged.

Also common among our older leases is the first quarter or year rent being a peppercorn. Under English law for a contract to be considered binding a ‘consideration‘ must be offered by each party to the contract. In the case of some of the leases presented here the duration of the contracts could be long, e.g. for 80 years and it seems common to offer the first period to the next quarter day or year for ‘free.’ However the owner could not do this without invalidating the contract and thus the requirement for ‘a peppercorn,’ sometimes only to be supplied upon request from the prospective renter.

‘Peppercorn rent’ is a term still used today and generally indicates a nominal amount (perhaps a £1 or a little more) in order to ensure the legality of a contract. It also does not only apply to the rental of properties; another place where it is used is during the publication of journal articles and the assigning of copyright from the author to the journal. It is very rare for the peppercorn rent to be an actual peppercorn anymore but one example that still exists is the Old State House in Bermuda.

All of our older leases, those that were created in the 19th century or prior, were written on parchment. Parchment is animal skin, stretched very tight over a frame, scraped clean and thin and then air dried. The finest parchment was called vellum and was made from the skin of a calf. Parchment is surprisingly durable and maintains its integrity over a long time. Our oldest lease dates from 1685 and though it is somewhat discoloured it is still legible.

The parchment for our leases came with the words “This Indenture” elaborately inscribed, most likely stamped, by the stationer that produced the parchment. This is followed by the contract, hand-written by a clerk or solicitor. If an error was made in the contract then the incorrect word or error must be carefully scraped off and the correction inscribed in its place. This is apparent on a number of our leases. A signature of a party to the contract is often seen at the bottom and on some occasions, a seal. At the top left, below the stationer’s stamp, is a blue stamp, showing that stamp duty for the lease has been paid.

“Stamp Duty is a tax payable on documents which transfer certain kinds of property, and on some other legal documents. ‘Property’ means all items capable of being owned, not just land or houses, but not all transfers of property are dutiable.” 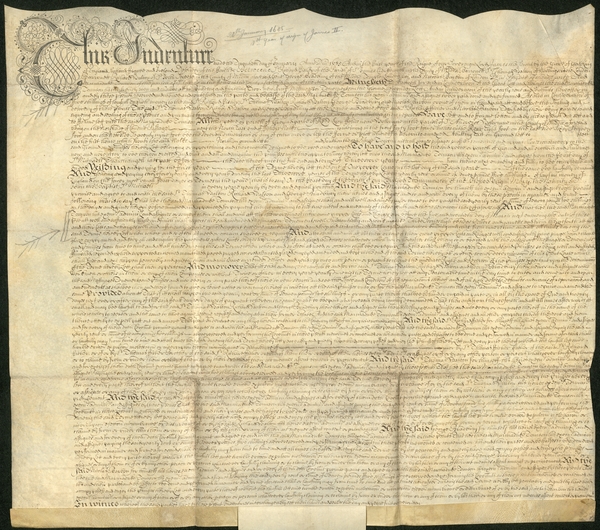 Our oldest lease dating from January 1685.

When viewing a document made of parchment it is clear that is of animal origin. On close examination you can see the texture of the skin and if the parchment is kept in too dry an environment it can become brittle and scaly, not unlike our own skin under those conditions.

To best care for parchment documents they should be kept in a room in which you can control the temperature and humidity or at least minimise the changes in either. The ink may fade if they are subjected to too much UV light and so the leases are rarely on display. Parchment can be especially attractive to rodents and so the storage space must be kept scrupulously clean to discourage vermin and insects.