An example of brittle, yellowed pages.

As part of our Heritage Lottery Funded pamphlet digitisation project, we have had our collection of nineteenth-century pamphlets conserved in order for them to be robust enough for the digitisation process and to ensure their long-term preservation. This work has been completed by the Postal Museum conservation studio, who have completed a number of treatments to stabilise deterioration of the pamphlets, repaired any significant damage and rehoused the collection into archive standard acid-free boxes.

The condition of the pamphlets prior to conservation was fairly poor. Paper produced in the nineteenth century is often of low quality and prone to becoming brittle, yellowing and tearing easily. This, paired with the fact our pamphlets have been well used and stored on open library shelves, left the collection looking a little worse for wear. The pamphlets will now be stored in the more controlled environment of our journals room and the availability of digital copies will reduce the amount the originals are handled. 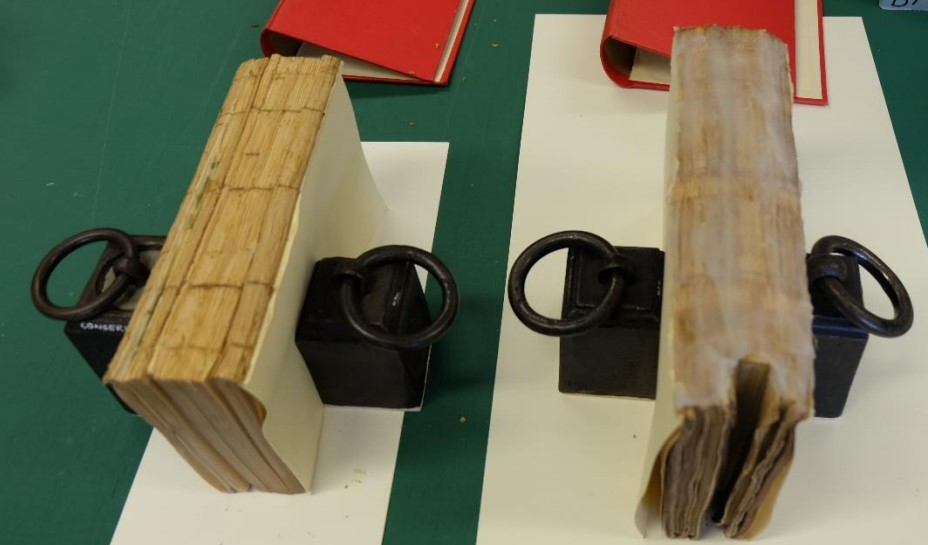 Many of our pamphlets have over the years been bound with other similar pamphlets into volumes. Some of these bindings, which were not original to the pamphlets, were badly damaged, too tight to allow for digitisation or risked damaging the pamphlets held within them. These bindings were removed where necessary, by cutting the boards away from the textblock (the pages within the volume) and removing the adhesive along the spine using poultices. The disbound pamphlets were then gathered together by Japanese paper, keeping them in order and held together. Any removed bindings will be retained alongside the pamphlets.

All of the pamphlets, bindings and storage boxes were cleaned using a soft cloth and brushes, or eraser powder for especially dirty items. This cleaning helps to remove any surface dirt that would reduce the legibility of text and prevents the dirt from deteriorating the paper in the long term through abrasion, acidity or encouraging mould growth. 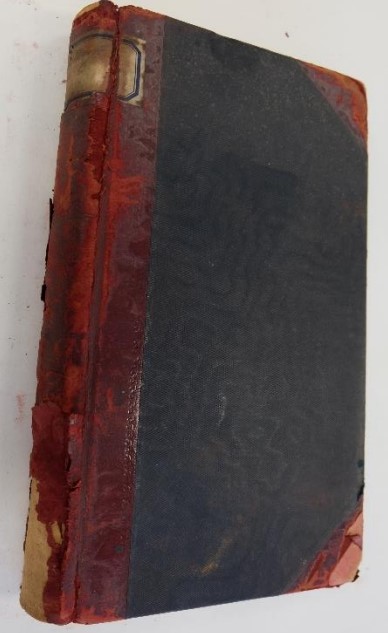 A volume with red rot.

Some of the older leather bindings were suffering from red rot – this is the name given to the degradation of leather resulting in a red powdery deposit. This leaves the binding weak and fragile and leaves a red powdery mess on anything it comes into contact with! The conservators treated this by coating any affected bindings with a cellulose ether gel.

The pamphlets had sustained lots of small tears through handling, with some folded inserts tearing entirely along their folds. Where tears run into or across the text they reduce its legibility and handling during the digitisation process may also worsen tears. The worst of these were repaired using Japanese tissues and wheat starch paste or heat-set tissue where it was not appropriate to apply moisture. 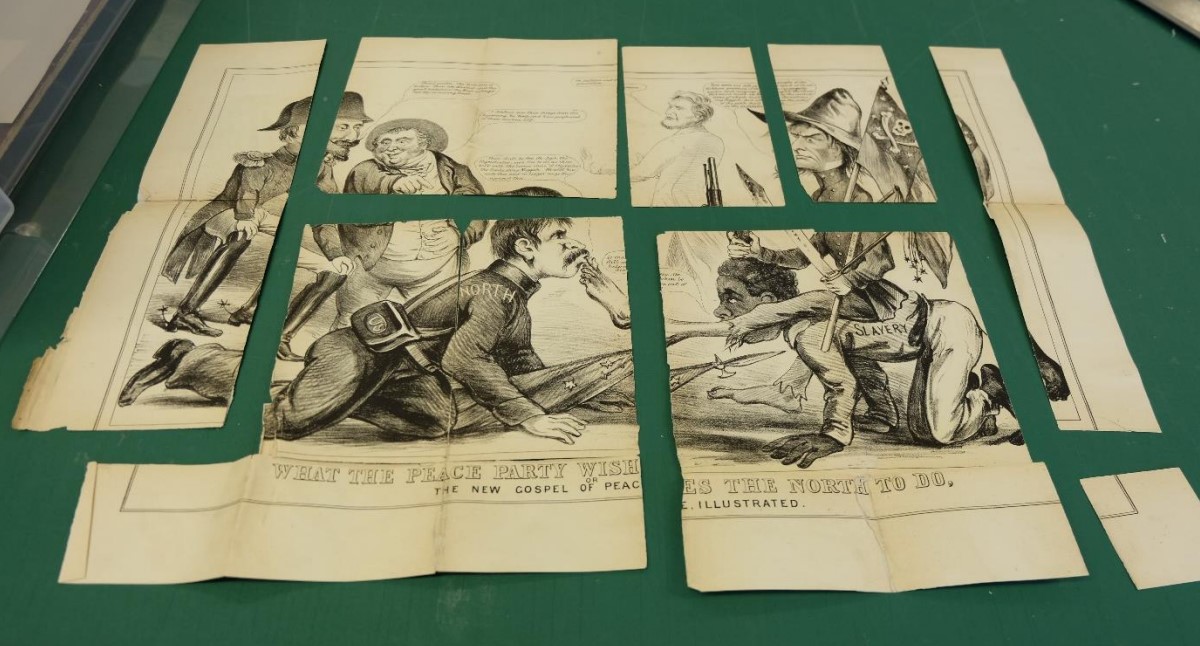 An illustration insert damaged from being folded into a volume.

As mentioned above, inserts within the bound volumes of pamphlets were especially damaged, due to their being folded into the volumes. In addition to the treatments described above, some were also washed in distilled water and deacidified using magnesium bicarbonate – this stabilises the chemical balance of the paper, halting degradation.

Thanks to these treatments our collection has been able to withstand the extensive handling required for digitisation and is in a more easily readable condition, allowing for good clear digital copies. They will now be handled much less and stored more appropriately, allowing for their long-term preservation.

All images were provided by the Postal Museum. 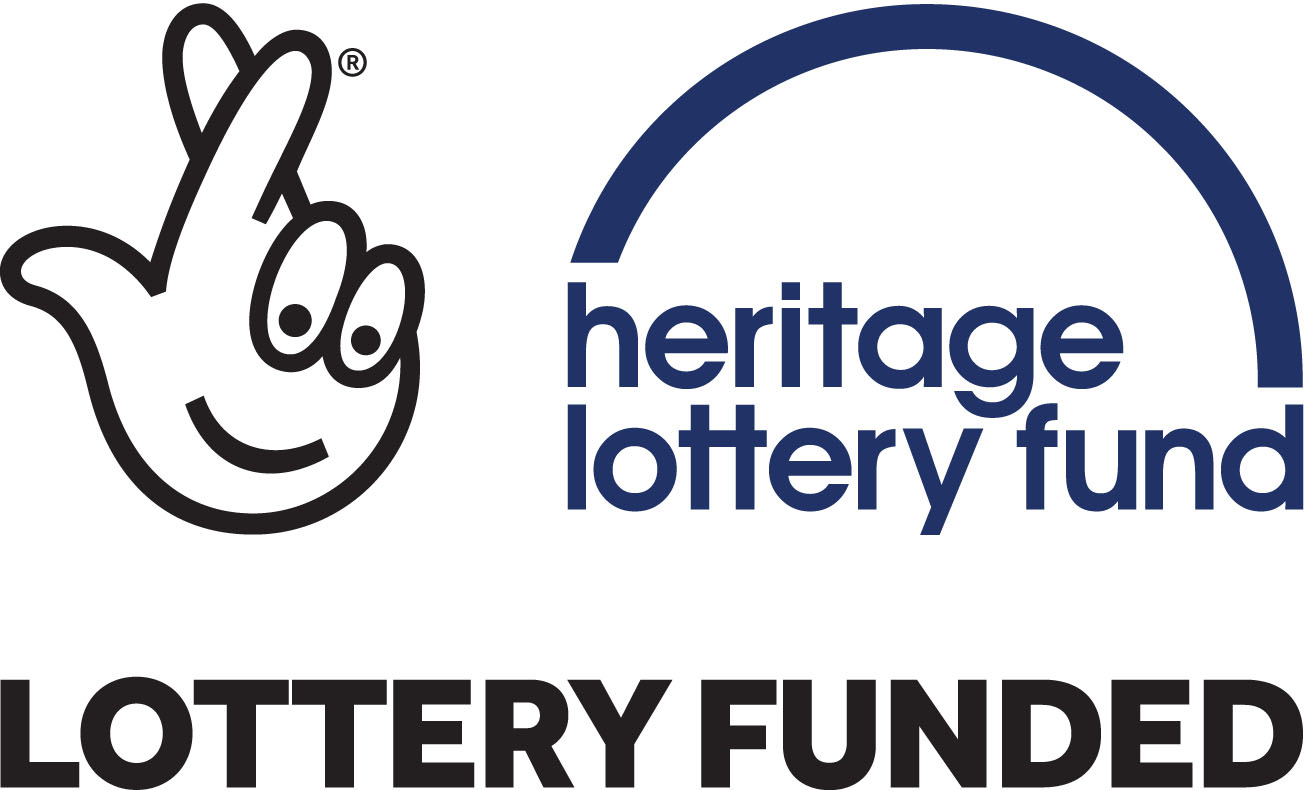