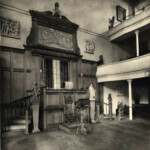 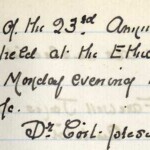 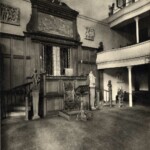 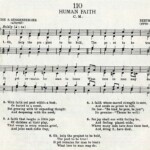 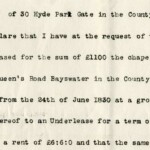 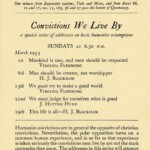 The Ethical Church, Queensway, Bayswater, was established in the late 1890s by Dr Stanton Coit, founder of the West London Ethical Society and a prominent figure in the Ethical Movement. Coit hoped that his Church would be the first of many ‘ethical churches’ and act as encouragement to other established churches (ie. the Church of England), to move away from religious teaching.

Throughout the early twentieth century membership of the Church was open to all those who demonstrated a “rudiment of goodness which is called moral faith”. Members sang hymns from their own ethical songbook and heard lectures from appointment ministers including Dr Stanton Coit, Harry Snell, Harold Blackham and Virginia Coit.

As explained in a leaflet produced by the Ethical Church, it’s central aim was to “strengthen its members in their self-dedication, their love of the Good, their grasp of what is good, [and] their power to choose the better way in every situation”.

In the Ethical Church there stands as an alter to the Ideal of the Beautiful, the True, and the Good as being the object of worship of the fellowship.

The Church continued until 1953 when the Queensway building was sold.