In light of the recent centenary of the Representation of the People Act, which granted all property-owning British women over 30 the right to vote for the first time, we have been looking into our links with the women’s suffrage movement. Given Conway Hall’s long history of association with London’s most radical thinkers and reformers, we were sure there had to be some interesting links with the women’s suffrage movement within our history. 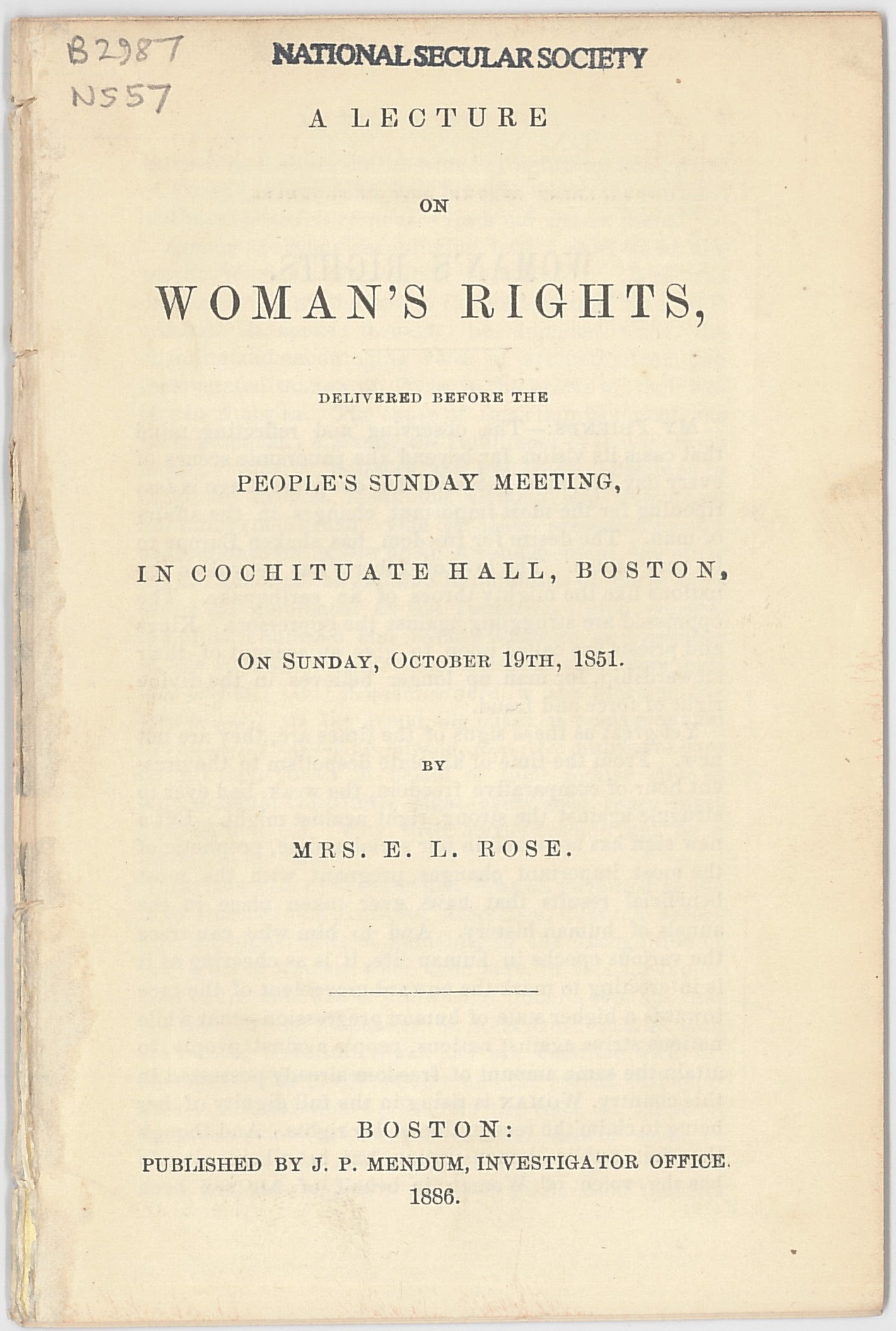 Ernestine Rose, ‘A lecture on woman’s rights’ (1886), from our pamphlet collection.

We already knew that two of our most influential ministers, William Johnson Fox and Moncure Conway, had been vocal supporters of women’s rights and suffrage in particular. They each spoke in favour of the improvement of women’s position in society on a number of occasions and moved in circles with some of the biggest names in women’s rights of their days. One exciting new – or, rather, renewed – discovery was that Moncure Conway spoke at what may have been the UK’s first ever public meeting about women’s suffrage, held at Stamford Street Unitarian Chapel on 6th April 1868. This information was outlined by Virginia Clark in her 16th April 2000 lecture to the Society and since forgotten; but researching discussions of suffrage in our Ethical Record journal brought the transcript of Virginia’s lecture back to light. As Virginia noted, it is widely accepted within women’s suffrage history that the first UK meeting was held at the Free Trade Hall in Manchester on 14th April 1868, but the Stamford Street meeting, as evidenced in a number of newspapers and periodicals, predates this by a week. At this meeting, chaired by Henry Fawcett (husband of Millicent), Conway spoke alongside the prominent MPs and social reformers James Heywood and Thomas Hughes.

We were also aware that Conway Hall had been providing a platform for women to share their views for many years, by way of our Sunday Lectures. A closer look into the Sunday Lecture listings in our journals highlighted that many high profile campaigners for women’s suffrage have graced our stage. This included Women’s Freedom League co-founders Teresa Billington-Greig and Edith How-Martyn, both of whom had hung up their suffragette sashes and left militancy behind them in favour of lecturing and recording the history of the movement by the time they spoke at South Place. Two women who addressed the Society not only campaigned for women’s right to vote, but later went on to stand as some of the UK’s earliest female MPs – Marion Phillips and Mary Agnes Hamilton. Through the contacts of our American minister, Moncure Conway, a few key figures from the American suffrage movement also delivered lectures to the Society. These included atheist and feminist Ernestine Rose, National Woman Suffrage Association co-founder Elizabeth Cady Stanton, and author of key feminist text The Yellow Wallpaper, Charlotte Perkins Gilman. 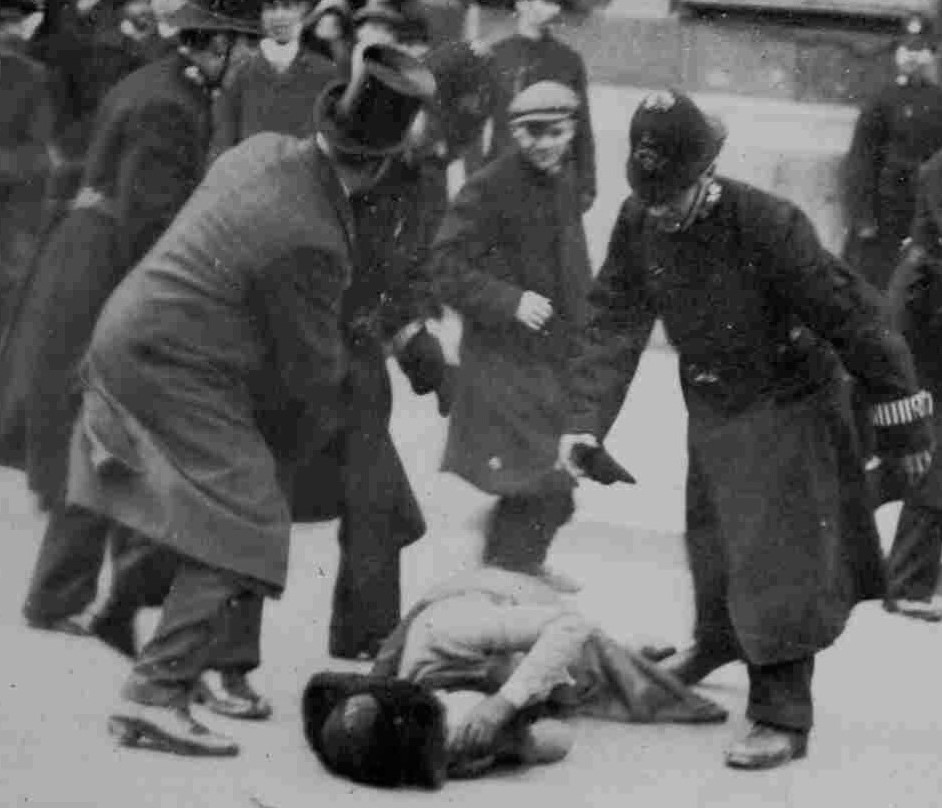 A suffragette, believed to be Ernestine Mills, pushed to the ground by police at the Black Friday protests outside Parliament. Image courtesy of Wikimedia Commons.

Another discovery was that this famous image of a suffragette being pushed to the ground by police at the Black Friday protest in November 1910 most likely depicts one of our own members, Ernestine Mills. Whilst researching online the contributions of our members Emily Evans Bell and her daughter Ernestine Mills to the suffrage movement, our attention was drawn to a National Archives research guide about women’s suffrage that features the photograph with the caption: “Believed to be suffragette Ernestine Mills at Black Friday demonstration”. Further investigation found a number of different sources making the same attribution, confirming that this image so widely used to illustrate the bravery of the suffragettes most likely depicts a Conway Hall member.

If you would like to find out more about Conway Hall’s links with the women’s suffrage movement, you can see our display in the Library, Tue-Thu 10am-5pm until early May.