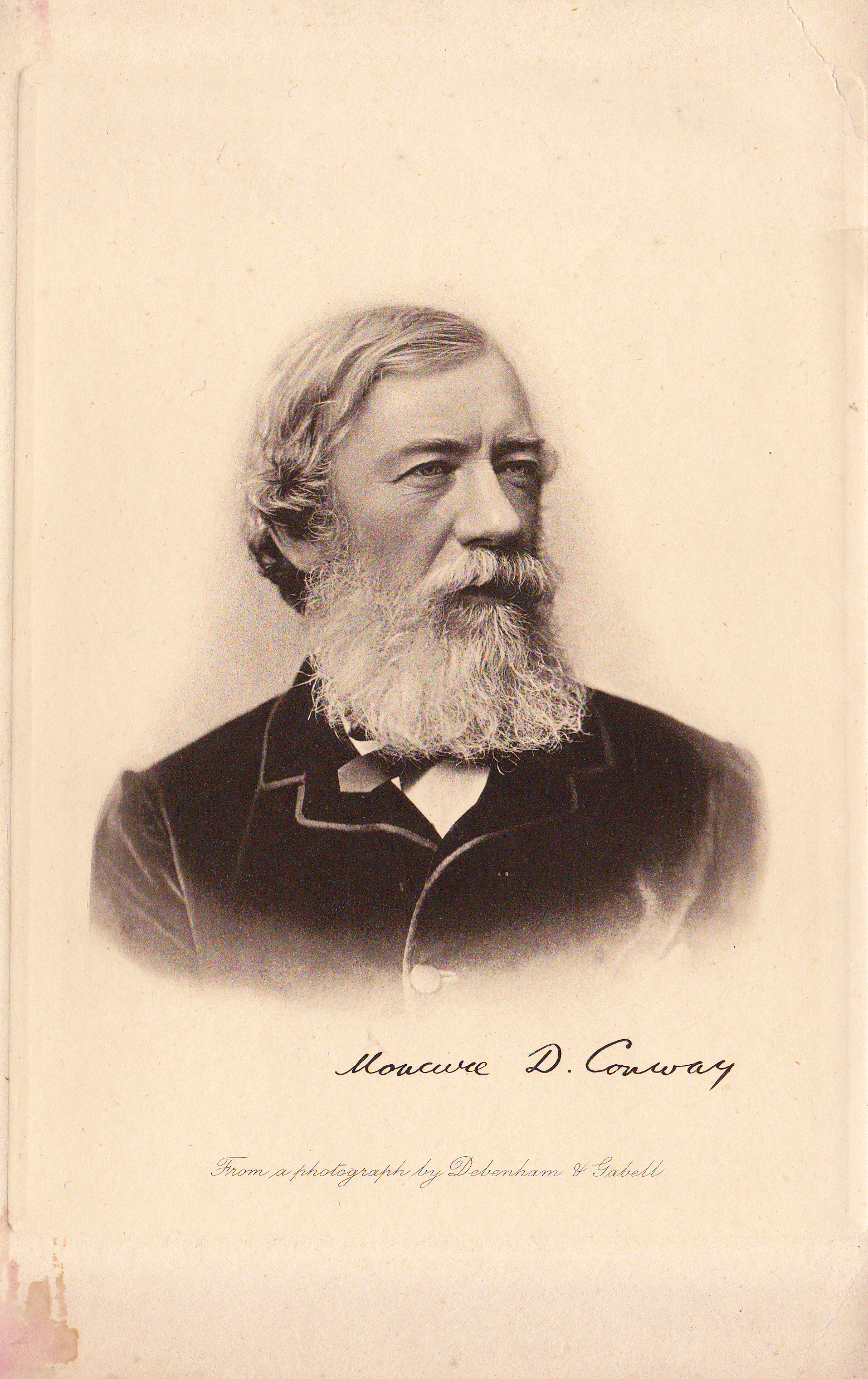 Dr. Moncure Conway (1832–1907) was an American, after whom Conway Hall is named. He settled in South Place Chapel from 1864 until 1897 with a break (1885-1892) when he returned to the United States to write his definitive biography of Thomas Paine and edit his letters. During his ministry in London he steered his rationally minded Unitarian congregation towards the humanist position that is adopted today.

Conway was an abolitionist, a campaigner for women’s rights, and a pacifist. His views were undoubtedly shaped and upheld by his highly questioning mind which attracted him to influential literary, scientific and political figures on both sides of the Atlantic including Walt Whitman, Charles Darwin, Charles Dickens and Mark Twain.

In 1908, shortly after Conway’s death, his family donated to the South Place Ethical Society 33 volumes of bound papers comprising political and religious tracts, journal articles, pamphlets, letters and ephemera from Conway’s personal library; in 1923 another volume was added to the original gift by Eustace Conway, Conway’s one surviving son. These 34 volumes have become known as the Conway Tracts.

‘Conway Tracts’, the binder’s title, is something of a misnomer as a significant number are not tracts in the accepted sense of being a radical pamphlet disseminated as political or religious propaganda. They cover a wide range of subjects of interest to Conway personally (education, health (his mother was a homeopathic physician), government and literature) and include articles, conference proceedings, and reviews sent to him by friends and colleagues as complimentary copies (often personally inscribed), which reflected the particular interest of the authors – vegetarianism, folklore, and economics for example. Eight pieces are writings by Conway, many more are about him including reviews of his works. Pieces by American writers on social and political issues appear throughout. 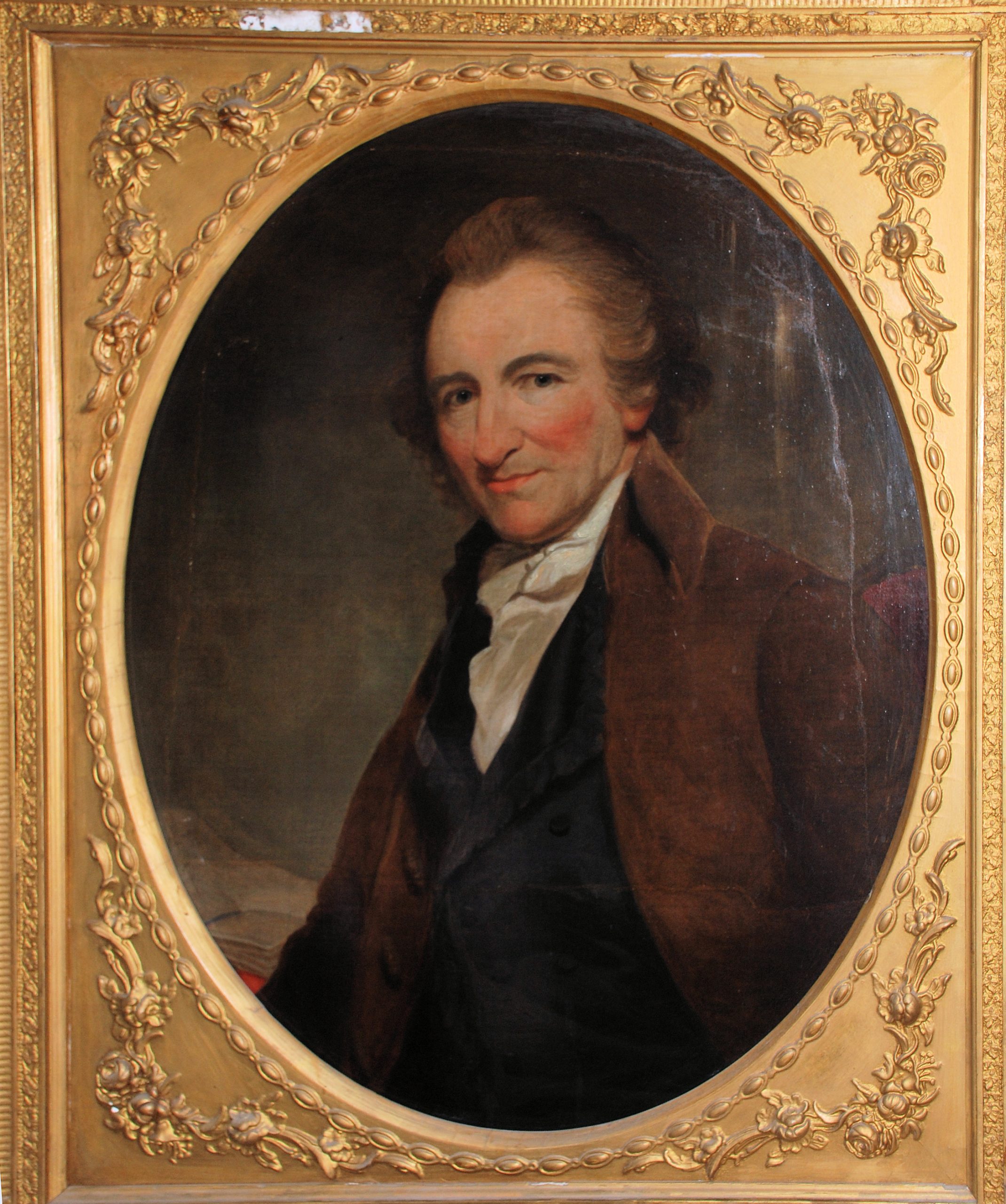 Research is greatly enriched when the researcher is witness to what a person collected, and why, and these documents support that appreciation and understanding of Conway as a person; his circle, his concerns and activities. One might reflect why there are four articles on iron and steel making until it is remembered that Thomas Paine was not only a political philosopher and revolutionary but also an inventor and engineer who built iron bridges including one in London, and Conway during his work on Paine’s biography would certainly have become interested in that scientific and creative aspect of his life. A volume chosen at random gives an immediate sense of the range and breadth of Conway’s interests; for example Vol. 15 includes pieces on the safety of life buoy manufacture, an advocacy for a free national health service, a plea for vegetarianism, a tract on the unfair treatment of criminals in prison, an article from The Society for the Abolition of Capital Punishment, a campaign for safety in mines, and a treatise on the evils of overcrowding in towns and cities.

Ten volumes, subtitled ‘Scott’s Heresies’, merit a special mention. Thomas Scott (1808-1878) was brought up as a Roman Catholic who later rejected religion and spent his time and fortune in publishing pamphlets in support of ‘free enquiry and free expression’ including several tracts by Annie Besant. The 200-plus items are a substantial, but not complete, set of the Thomas Scott publications list.

The documentation of the Tracts has presented cataloguers over the years with many challenges – several articles, sometimes unsigned, had to be identified from unnamed journals, others were not dated, still more did not name a publisher or printer, or the author had signed himself or herself with epithets or initials. All information researched from outside the text itself is indicated by the square brackets which surround it. A note is added to indicate the source of that information. All the tracts are fully catalogued and can be searched online by the usual routes – author, title, series, subject, date, publisher and keywords in the summary. In addition the Library holds a typed catalogue, researched and prepared by the late Virginia Clark, a librarian and member of the South Place Ethical Society which, in addition to a brief entry for each item, includes a name index, an index of epithets and initials and a list of the journals from which the articles are extracted.

Olwen worked at the British Film Institute, National Film and Television Archive in the role of Chief Cataloguer for thirteen years before moving to the Imperial War Museum, Department of Collections Management as Data Standards Officer. She has been at Conway Hall since 2012, when she started at a volunteer cataloguer. She is currently cataloguing the library’s 19th Century pamphlet collection as part of our Heritage Lottery Funded project, Victorian Blogging – The Pamphleteers Who Dared to Dream of a Better World.