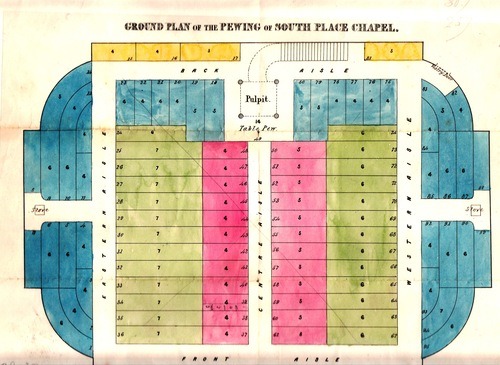 Perusing the 1852-1853 Seating Register, we find that G. Backett and W.V. Morgan both occupied pew 11, contributing on £0.15s.0d twice yearly. Whereas over in pew 60 Mr Buxton was contributing £2.10s.0d but was only present for three services that year.

However it was just right of the central isle where S. Courtauld sat in pew 53 to listen to more services than any other subscriber in 1853, and gave further support to the Chapel by paying the highest subscription sum – £3.15s.0d.