With the death of Pope Pius XII on 9 October 1958, British news published and broadcast a wave of positive eulogies for the Catholic leader.

Celebrated nationally as the ‘Pope of Peace’, the National Secular Society were alarmed by the uncritical reporting of Pius’ leadership. For the Society, the Pope’s actions between 1935-1958 could easily be interpreted as befriending dictators rather than promoting non-violence.

As a result of this cursory reporting, the NSS launched a campaign, writing to prominent figures (including the Prime Minister Harold Macmillan), and holding joint public meetings with Protestant groups. 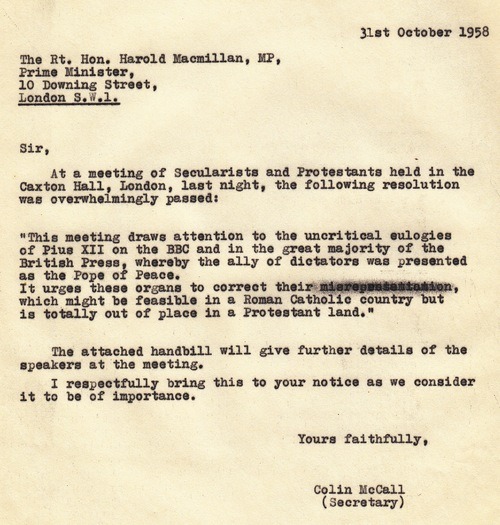 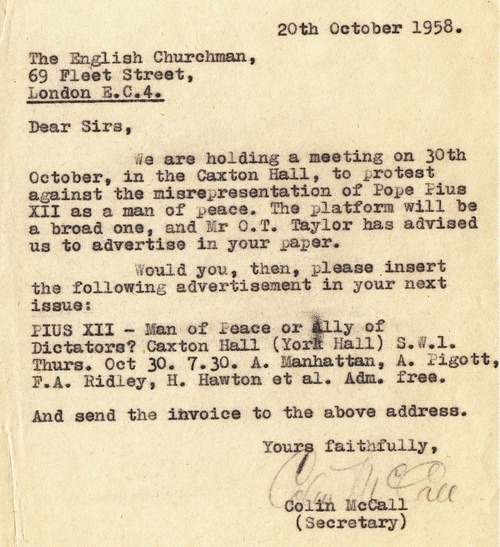