On 5 November, I headed to Poland a couple of days in advance of the ‘Young Musicology Today: Tendencies, Challenges and Perspectives’ conference, which took place at Jagiellonian University, one of the oldest universities in the world.

I didn’t get off to a great start. After three hours of sleep, a flight and a short train journey, I stepped onto the pavement in Kraków and took a look around. ‘Nice, now let’s get myself to the hostel,’ I thought. I took out my map, worked out the direction and crossed the road. Immediately, I started to hear sirens, but of course they couldn’t be for me. 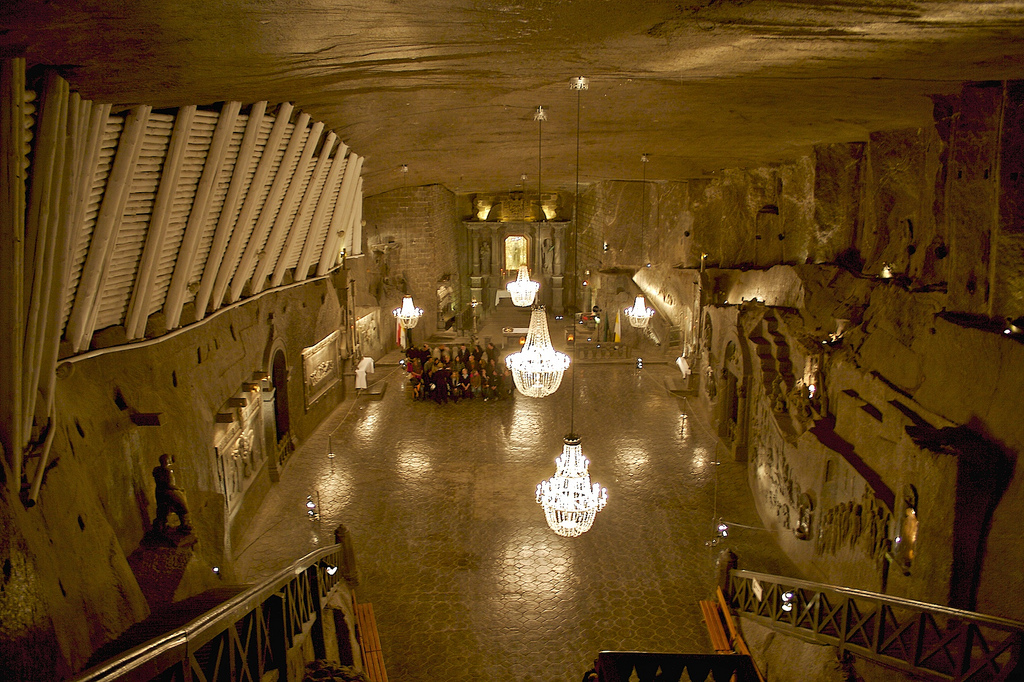 They were. Long story short, I am fined for jaywalking within two minutes of stepping off the platform. Why do I feel like I may not be the first tired, vulnerable tourist to have been stopped by these guys for some pub money?

After a bit of sulking and slight concern that they took my parents details, I carried on to my hostel (being particularly aware of zebra crossings), and went on to have a very positive experience exploring Kraków. A personal highlight (other than the delicious food, I already miss the pierogies) was the Wieliczka salt mine, which comes complete with an impressive underground cathedral, and the mismatched, yet beautiful castle.

I also went on a tour of the Jewish Quarter of Kazimierz, which included the Jewish Ghetto of WW2, and a tour of Auschwitz. Both tours were very informative, but I would not be in any rush to return to the Aushwitz-Birkenau camp, as the vastness of the site along with the complete lack of any sign of life left me feeling quite heartbroken. However, whilst my research covers the period of WW1 rather than WW2, the experience has certainly enhanced my perspective of the destruction of war and I will probably consider this more in the future. 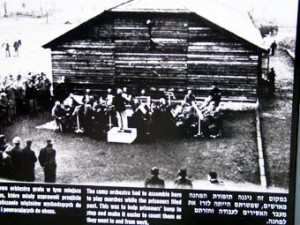 Having learned a bit about the city, I was looking forward to immersing myself in music for the three day conference and meeting some students from all over the world. I heard a wide range of papers, covering topics from digital musicology to Jewish music. A number of papers were given regarding ‘forgotten music’, including ‘Zdenek Fibich (1850-1900) and Songs to Goethe: Forgotten Settings?’ by Barbora Kubečková and ‘From the Inside Out: An Analytical Perspective on Andre Caplet’s Harmonic Evolution Through Selected Melodies 1914 – 1925’ by Clare Wilson, as well as my own. There was also a very interesting paper given by Marta Beszterda about Polish women composers and how the communist era affected the perception of feminist musicology in Poland. In general, if one expressed interest in feminism, you were viewed as a naïve enthusiast of Western ideas that were irrelevant to Polish culture, but I am happy to report that it seems as though these ideas have progressed inside and out of musicology.I also learned that despite the conditions, classical, ballet and popular concerts were still sometimes held in the Jewish Ghetto, and in 1941 a concert hall opened in a former factory. There was also a ‘camp orchestra’ at Auschwitz, which had to play marches whilst the prisoners walked past in single file. This was a method of making the prisoners walk in time, so that they were easier for the SS soldiers to count and a subsequent Google has shown me that there was also a Women’s orchestra at the camp. Whilst the musicians still suffered awful conditions, it was considered an important job that prevented them from being sent straight to death.

I concluded my paper by discussing some of the ways in which my work is relevant to other discussions happening both in academic circles and in popular media. Whilst writing this blog, I’ve been listening to a recent edition of Cerys Matthews’ Radio 6 show, which features an interview with Dr Anna Beer, a research fellow at Oxford University who recently published Sounds and Sweet Airs: the Forgotten Women of Classical Music. Anna talks about the moment she realised the lack of women composers in her own repertoire, and her subsequent discovery that actually, there have been plenty of women working in this field, but sadly they’ve been mostly forgotten. If you are interested, click here and skip to around 37 minutes to hear the chat and some great pieces of music by women such as Lili Boulanger and Elizabeth Maconchy.

That kind of brings me full circle really. After my presentation at the ‘Young Musicology’ conference, a few very kind listeners came to tell me that they had enjoyed my presentation and liked that I spoke with a smile. I do always try to talk about my work with enthusiasm, which is actually quite easy because I really love to talk about it. My presentation skills are far from perfect, but hopefully it’s all good practice for the future when I will also be invited onto Radio 6 to present my work (hint hint, BBC…).