Over the past year I’ve had the opportunity to present at a number of conferences, but at the end of February I added to my ‘firsts of 2017’ list by giving a pre-concert talk at Conway Hall. Preparing for the talk was slightly more tricky than usual, as I am used to having a pretty good idea of my audience at an academic conference, but this time I was simply making assumptions based on the people I usually see coming to the Sunday concerts. They look like a clever bunch, so I didn’t want to patronise them by explaining everything in too much detail, but at the same time I hate to lose an audience because I’ve accidentally assumed that everyone spends their life reading about ethical societies and Edwardian chamber music concerts.

Having found what I thought was a good balance between useful contextual information and the nitty gritty, I sought out a singer and a

pianist to perform some of the music during my talk. They were due to perform: one of the many children’s hymns that Josephine Troup wrote called ‘I’d make my life a little light’; a popular hymn from the South Place Sunday services ‘Raise Your Standards, Brother’; and a song written by the composer Edith Swepstone called ‘Rock a by Lady’. This was going to be a rare occasion for me to hear any of the music, so I was really excited for an audience to hear it too. Also, it would pre-empt the inevitable and very valid question ‘what did the music sound like?’ that I have come to expect. Unfortunately, the day before the talk I had a message from the singer apologising profusely that she had lost her voice and wouldn’t be able to sing. Obviously this was disappointing, but I quickly came up with a few extra slides and decided that I would just play the melody line of the song and one hymn on the piano. Since I was lucky enough to have piano lessons from the age of 6 – 18 I thought I would be more than capable of this, however the combination of adrenaline and a few years without practice somehow led to me confusing a C for a C sharp and vice versa, which made the music sound a bit more progressive than it should be. Afterwards my parents, who were in the audience, said my attempt at the piano added ‘comedy value’…

…. Great. Just what I was hoping for.

Speaking of adrenaline, I should admit that the first time I ever gave a conference paper as a master’s student, I was so nervous that I opened my mouth and no words came out. Now, anyone reading this who knows me will know that Jessica Beck being speechless is a pretty rare occurrence. I had a small panicked moment where I believed that everyone in the room was of far superior intelligence to me and would tell me that everything I’d said was wrong. Luckily this didn’t happen and after a long, awkward silence I finally managed to blurt out some words and answered some very kind (and possibly sympathetic) questions about my work.

Thankfully, some practice got me a long way and nowadays I don’t really get nervous until I actually stand up and start to talk. I’ve also attended a few public speaking training workshops, so I have a few tricks up my sleeve to calm any nerves and keep my audience engaged. Also, after trying out a few different approaches I’ve decided that I’m much better at speaking with an annotated PowerPoint presentation, rather than directly from a paper, as I seem to get my enthusiasm across a bit better and prevent my voice from descending into a fast, monotonous drawl. It takes a few more practices, but I’m sure it’s worth the effort.

On the whole, I felt the pre-concert talk at Conway Hall went quite well; I was really pleased with the attendance and the response from the audience, most of whom followed me upstairs before the concert to look at my exhibition in the library and for further discussion. If I could have changed anything it would have been to slow down my speaking at the start, an annoying side effect of my initial adrenaline rush that hopefully I will be able to quell with a bit more experience.

The audience asked some great questions, including one about the People’s Concert Society, who fully deserve a bit of a mention somewhere in this blog (so here it goes). The People’s Concert Society was set up in 1878, a time when concert life was flourishing in London’s West End among the middle class. The PCS’s began with a simple aim to ‘increase the popularity of good music’. To this end, the PCS set up affordable chamber music concerts in areas of London largely made up of lower class citizens, particularly around the East End. During the 1880’s, the free/affordable concerts in London attracted 2-3000 audience members per week, including a wide spectrum of lower class citizens, as well as more middle class classical music enthusiasts who paid for the best seats. One of the great things about the concerts was that the well-defined class boundaries of Victorian London were blurred by the shared experience of enjoying good music. This outcome was also an aim of the Victorian settlement houses in London such as Toynbee Hall, however they often did not cater for the underclass of Victorian society. However, the PCS concerts were accessible to everyone and thus were an important element of the cultural development of the lower classes. Moreover, the high audience numbers show that to the contemporary reporter’s surprise, classical music concerts were very much sought after in the East End, and the attendees were critical of music that wasn’t of the ‘best’ kind. 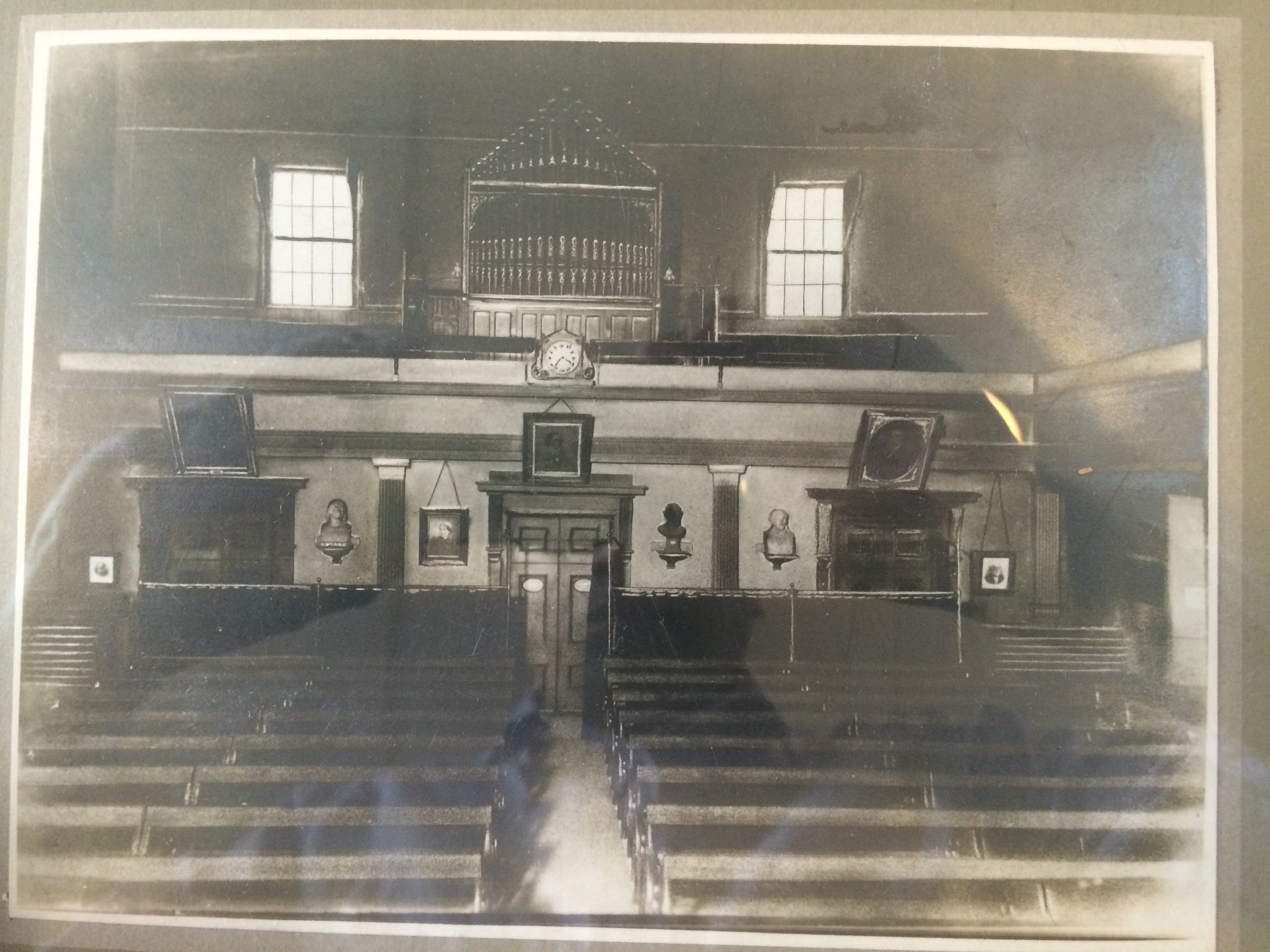 The People’s Concert Society originally set up concerts at South Place Chapel (see photo) in 1880, but announced in 1887 that they intended to end the series in order to set up new concerts elsewhere. It was then that the South Place Religious Society stepped in and decided to take over the concerts, probably due to both their popularity and the perceived benefit that they brought to the local community, fitting in with the goals of the society. The South Place Sunday Popular Concerts went on to outlive any other concerts set up by the PCS and were quickly established in their own right by the Ethical Society, but without the pioneering hard work of the PCS, South Place would possibly never have begun the concert series that to this day forms such an important part of Conway Hall’s musical identity.

Keep up with the Conway Hall Sunday Concerts programme on our website page.