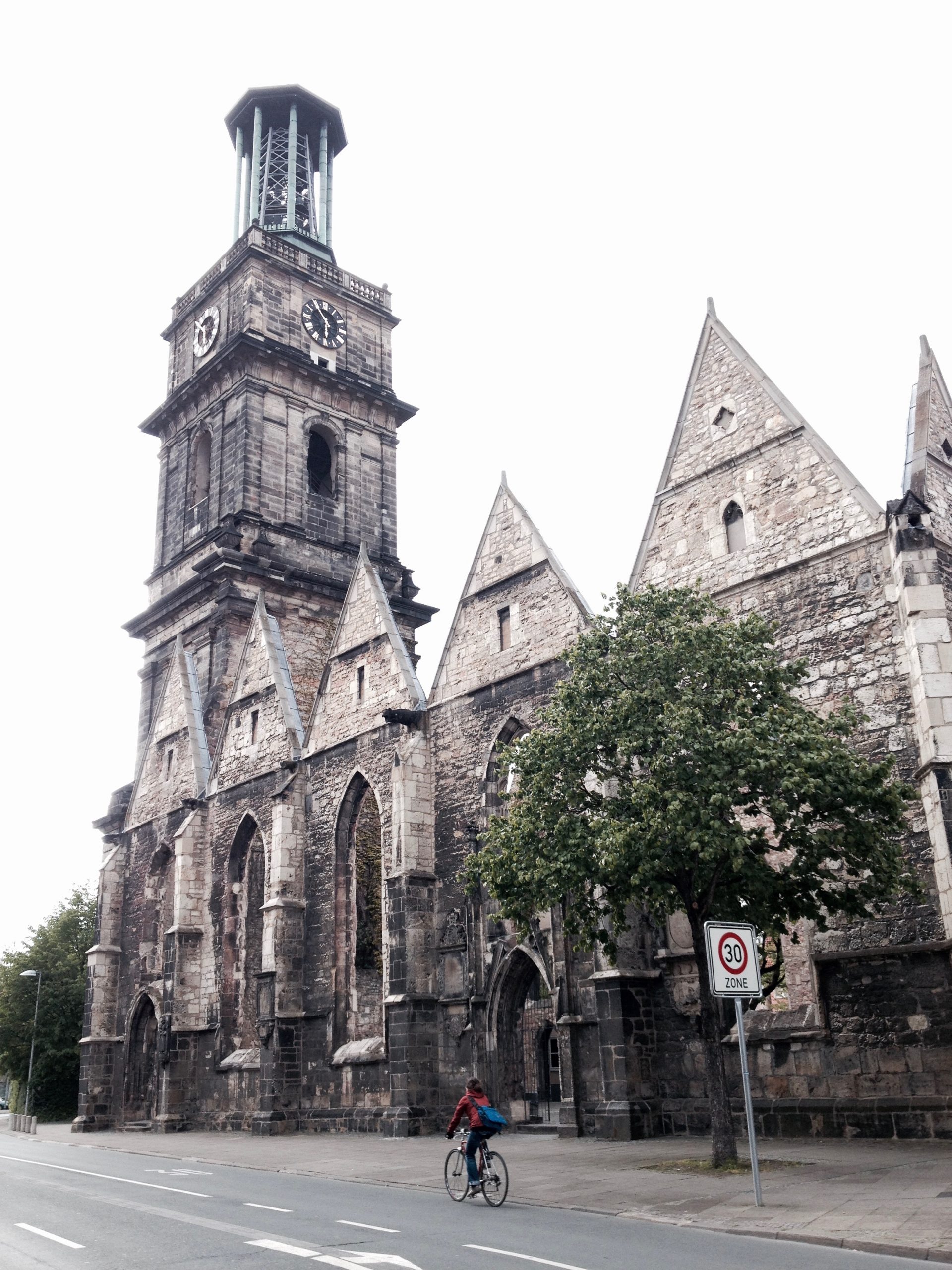 Earlier this month I was lucky enough to spend over a week in Germany, including 6 days in Hannover. The city is a wonderful mix of old and new, my favourite example of this being the beautiful Aegidienkirche, now a war memorial after being destroyed during WWII, which you can find amidst a row of unassuming carpet, pet and furniture shops. There is also an impressive theatre in the centre of the city, a huge lake and park behind the architecturally striking town hall, and the unique Herrenhausen Gardens where I spent hours taking photos in the botanical garden.

Basically, I really liked Hannover – can you tell?

When I wasn’t gallivanting around the city, I was busy working at the Research Centre for Music and Gender (part of the Hannover University of Music, Drama and Media), where I was warmly welcomed by all of the staff. The centre is an amazing resource for anyone interested in music and gender research, as they have a huge range of books, journals, CD’s and scores, many of which are a rare find – let alone all in one place! I found the centre to be a very conducive working environment, largely because I felt so inspired by my surroundings. I’m going to tell you about a few of my favourite finds. 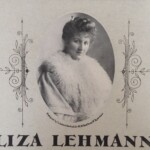 Firstly, I finally got round to reading Liza Lehmann’s memoirs [Biog. Lehmann, 5.1], which I found among the centre’s diverse collection of auto/biographies about women composers and musicians. Imagine a shelf with books about Hildegard of Bingen next to one about Geri Halliwell… amazing. Anyway, Liza Lehmann’s writing not only provides great insight into life as an upper-class woman composer during the late 19th/early 20th century, it is also full of great anecdotes about her encounters with composers such as Verdi, Brahms and Clara Schumann, and genuinely hilarious stories from her tours around America. I also cried at the end – I honestly recommend reading it if you are at all interested in this portion of history (it took me 2 afternoons). Liza Lehmann’s most successful piece during her lifetime was a song cycle called ‘In a Persian Garden’ and I’m pleased to say I have met quite a few people who know the piece today. The cycle was first performed at the South Place Sunday Popular Concerts in 1899, and was so immediately popular that it was repeated in the last concert of the season in the hope of attracting a large audience, which it did. An interesting comment was made in the 1899 – 1900 annual reports:

‘… it is encouraging to find that a work so far removed above the commonplace (which is supposed, often with only too much truth, to appeal to the public) should have become so popular as this beautiful Song-Cycle has done.’ 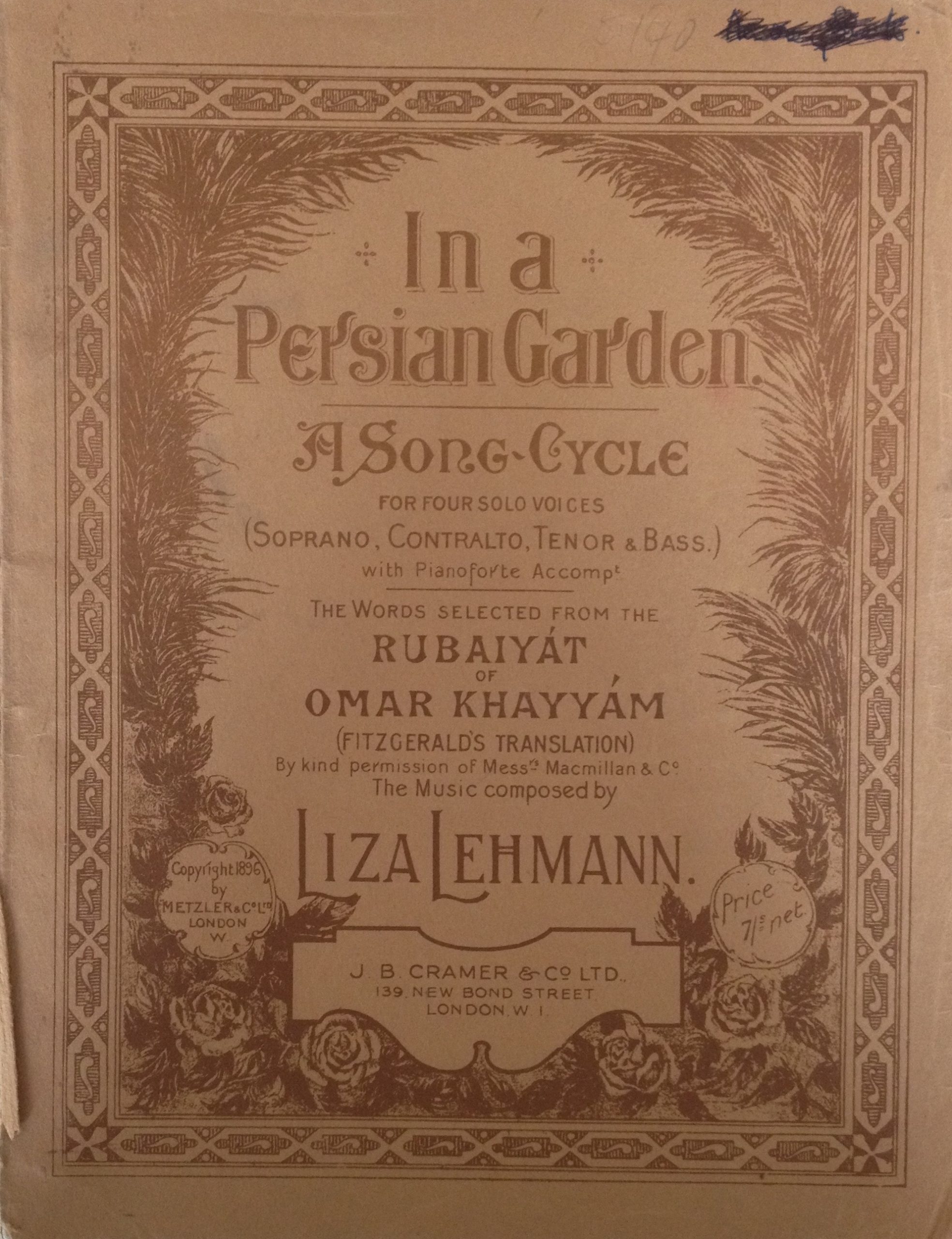 In fact, ‘In a Persian Garden’ was so popular that the committee continued to programme songs from the cycle almost every season for the next twenty years. The work quickly became a success in America as well as the UK and many contemporary reviewers comment on the uniqueness of the music. In Lehmann’s autobiographical writing, she included the entire of Professor Edward Dickinson’s analysis of her work, in which he comments on Lehmann’s ‘startling boldness in the use of dissonant harmonies’, and in my opinion it is the harmonic colouring of the songs that makes them still sound so interesting today. Many of the songs can be heard on spotify or youtube, including an old recording of ‘Ah, Moon of my Delight’ by renowned singer John McCormack among some of the more ‘interesting’ interpretations of Lehmann’s music.

As well as the musical qualities of the piece, it has also occurred to me that perhaps the work was so popular at South Place due to the source of the lyrics. ‘In a Persian Garden’ was based on E. FitzGerald’s translations and adaption of Omar Khayyam’s quatrains known as the Rubaiyat of Omar Khayyam, which at the time of Lehmann’s composition were still fairly recently published and extremely influential. There are debates over Khayyam’s religious beliefs, however it is known that he taught philosophy and some describe him as an agnostic hedonist. Perhaps the members of South Place interpreted the words of Lehmann’s songs with philosophy and agnosticism in mind, which may have contributed to the regularity of their appearance in the concerts, as it appealed to their ethical, rational and philosophical considerations. Lehmann’s book also reveals strong feminist attitudes, particularly when questioned by press about the women’s ability to compose. She blames inequality in education as a key reason for the lack of prominent female composers and says in one interview: ‘

‘I want to deny the assertion made by many men, philosophers and scientists that women are incapable of dealing intelligently with the abstract.’

It would be too bold to claim that her feminist attitude was a large contributing factor to her success at South Place, however the fact that many interviews and reviews commented on Lehmann’s strong personality may highlight something about the type of women who were able to become successful composers during this period.

Another item from the library in Hannover that particularly interested me goes a little further back in South Place’s history, when it was still an Unitarian society in the early 19th century with W J Fox as minister. Sarah and Eliza Flower lived with Fox after their father died. Sarah grew up to become a poet who is most remembered for writing the hymn ‘Nearer My God To Thee’, and Eliza was a musician who was speculated to be having a relationship with the married (but separated) Fox. Eliza Flower was a key contributor to the earlier hymn books at South Place, however this item was one that I hadn’t come across before. The small book is titled Songs of the Months: A Musical Garland [Flower,E (320).1] and is compiled of hymns that were written by a variety of authors, originally contributed to South Place’s Monthly Repository throughout 1834. Authors of the hymns include Sarah Flower Adams, C. Pemberton, A.Hume, Catherine Partridge, Harriet Martineau and Mary Howitt. The only reference to the composer is that the music was written by the author of “Musical Illustrations of the Waverley Novels”, “Songs of the Seasons” and “Hymn of the Polish Exiles”; only a handwritten note on the front inside cover mentions Eliza Flower by name. In the short preface (presumably written by Flower), she explains that the book is intended to be a celebration of the fluid nature of time and a way to prolong the ‘good wishes of the season’. Finding out whether or not these songs were actually used regularly during this period will take a little more investigation, as the archive contains little information from 1834, yet regardless of their success, such an initiative created mostly by women (only two authors were men) shows how early in the Society’s existence women were crucial contributors to the musical activities and the Society’s lasting legacies. (Since coming back to Conway Hall, we have actually managed to locate a copy of this item that can now be found under 720.SON in the rare books cabinet). 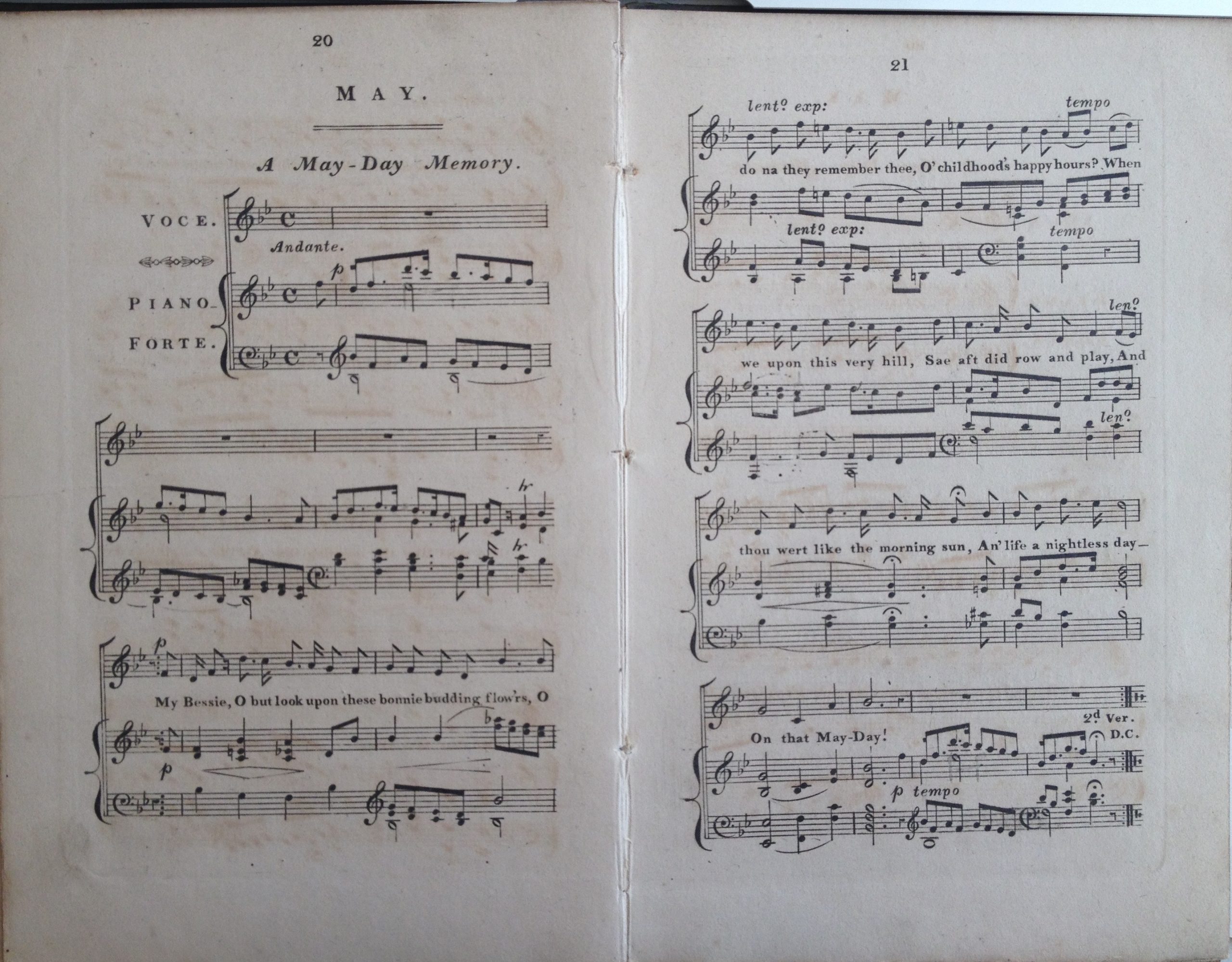 Well apologies for the very long and overdue blog post – hopefully you can see that I have been busy! I’ll also admit to having a few days off PhD-ing in Berlin and took the time to explore the city. It was my first trip to Germany and after a few days filled with excellent tours, museums, galleries, parks and bars, I left with 100% intentions to return soon. To say the trip was a highlight of my PhD so far might be a stretch as I have been so lucky over the past two years. I have been able to spend time in Poland and India and split the majority of my time between London and Manchester, two incredibly vibrant cities that both feel a bit like home now. However, both Hannover and Berlin made a big impression on me and I am so grateful to everyone who was part of that experience. I would also like to thank the Louise Dyer Award trustees for supporting my travel costs for this trip.

For more info about the Research Centre for Music and Gender please visit their website (if your German is as good as mine you can put this link into Google and click ‘translate this page’): http://www.fmg.hmt-hannover.de/ A huge collection of Lehmann’s scores, including for ‘In a Persian Garden’, can be found at the centre, as well as many recordings of her music on CD.